What Are the Different Types of Encryption? 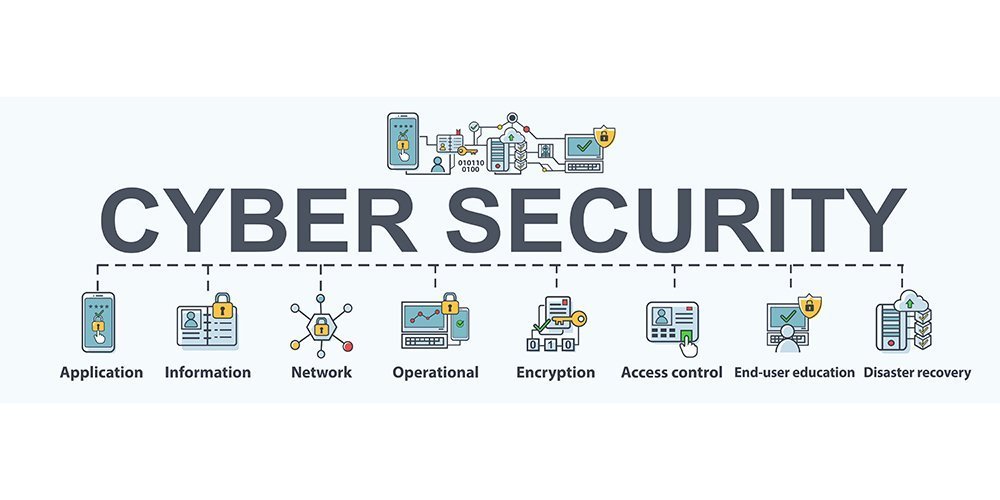 Cybersecurity and protected data are becoming more important every day. As we take more of our banking, health, and business data online, keeping them secure can be difficult. That’s why most programs and apps we use rely on some form of data encryption to keep our information safe.

What are the different types of encryption? While the most common are AES, RSA, and DES, there are other types being used as well. Let’s dive into what these acronyms mean, what encryption is, and how to keep your online data safe.

What is data encryption? 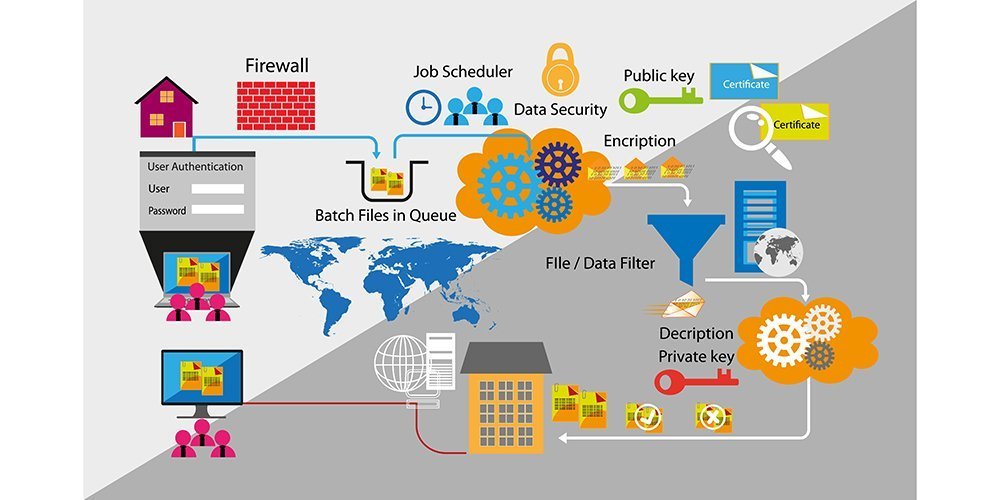 Data encryption is what happens when you take the text or data you use and convert it to a code (also called “ciphertext”) that can’t be understood by those who do not have the correct key. For the data to be useable, it must be changed back or decrypted.

Encryption is necessary because it allows us to send relevant and often-sensitive information over the internet and through electronic means without unauthorized people seeing it. For the data to be decrypted, it needs a key, which authorized users will have. However, keep in mind that even encrypted data can sometimes be decrypted by those with enough skills or resources, some of whom may have malicious intent.

Encryption generally prevents the theft or sharing of important data, whether it’s the movies we watch, which use digital rights management (DRM) to prevent illegal copying, or the banking login passwords we type into the bank’s website.

Encryption methods vary by how much data they can handle at once and what kind of key it needs for its decryption. Some encryption is more easily hacked than others. While some companies or individuals choose encryption type according to standards dictated by legal or industrial regulations, others may simply choose their type based on personal preference. It matters to you because it’s your data that’s being protected. You will want the best encryption type for the data you are storing or transmitting.

The three major encryption types are DES, AES, and RSA. While there are many kinds of encryption - more than can easily be explained here - we will take a look at these three significant types of encryption that consumers use every day. Most of the others are variations on older types, and some are no longer supported or recommended. Tech is evolving every day and even those considered to be modern will be replaced by newer versions at some point.

Just as security tech is taking steps to increase the safety of your information, hackers are finding ways around them. It’s an arms race with your data as the spoils of war. Let’s dive in to popular encryption methods, the history of encryption, and where it’s going next.

Accepted as a standard of encryption in the 1970s, DES encryption is no longer considered to be safe on its own. It encrypts just 56-bits of data at a time and it was found to be easily hacked not long after its introduction. It has, however, served as the standard upon which future, more-secure encryption tools were based.

The drawback to 3DES is that it takes longer to encrypt data. Also, the shorter block lengths are encrypted three times, but they can still be hacked. Banks and businesses still rely on it at this point in time, but newer forms may soon phase out this version.

When should use you use DES encryption?
You probably won’t use DES or even 3DES on your own today. Banking institutions and other businesses may use 3DES internally or for their private transmissions. The industry standard has moved away from it, however, and it’s no longer being incorporated into the newest tech products.

One of the most secure encryption types, Advanced Encryption Standard (AES) is used by governments and security organizations as well as everyday businesses for classified communications. AES uses “symmetric” key encryption. Someone on the receiving end of the data will need a key to decode it.

AES differs from other encryption types in that it encrypts data in a single block, instead of as individual bits of data. The block sizes determine the name for each kind of AES encrypted data:

In addition to having different block sizes, each encryption method has a different number of rounds. These rounds are the processes of changing a plaintext piece of data into encrypted data or ciphered text. AES-128, for example, uses 10 rounds, and AES-256 uses 14 rounds.

When should you use AES encryption?

Most of the data tools available on the market today use AES encryption. Even those that allow you to use other methods with their programs recommend the AES standard. It works in so many applications, and it’s still the most widely-accepted and secure encryption method for the price. In fact, you’re probably using it without even knowing it.

Another popular encryption standard is “Rivest-Shamir-Adleman” or RSA. It is widely used for data sent online and relies on a public key to encrypt the data. Those on the receiving end of the data will have their own private key to decode the messages. It’s proven to be a secure way to send information between people who may not know each other and want to communicate without compromising their personal or sensitive data.

When should you use RSA encryption?

You’ll need to know a little bit about using RSA to make it part of your routine, but once established, it has many uses. Some people use it to verify a digital signature and ensure the person they are communicating with is really who they say they are. It takes a long time to encrypt data this way, however, and isn’t practical for large or numerous files.

There are other encryption services and tools available, including the fishes (Twofish, Blowfish, and Threefish). They use different tech to encrypt data and are popular among many coders and developers. They have also been integral to password protection software products on the market. They have no patent and can be used license-free by anyone.

Consumers shouldn’t be expected to understand everything about encryption or know how to encrypt personally. Just the same, even a limited knowledge of encryption can come in handy when selecting and buying privacy and security products and tools. Follow these rules to get the best outcome:

If you are unsure about something you read concerning encryption, don’t hesitate to reach out to a computer expert in your area or the manufacturer of your device.

The future of data encryption 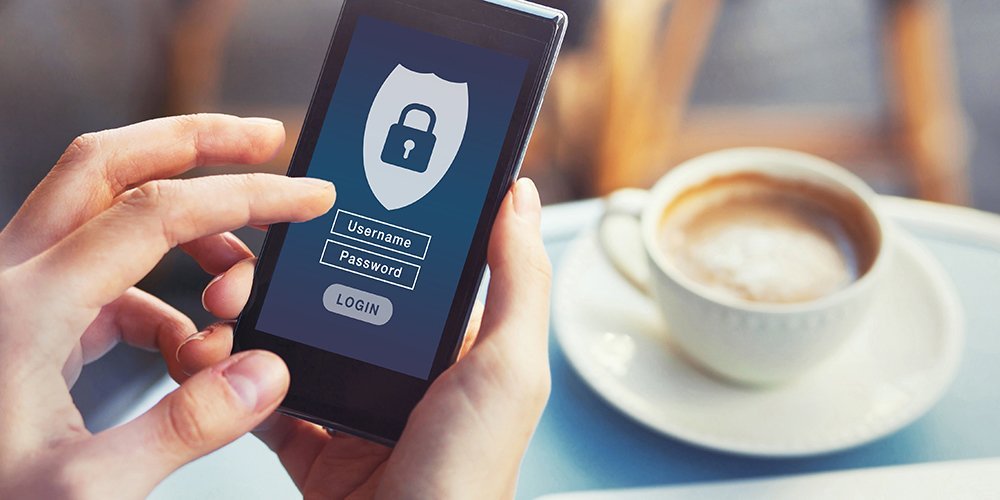 Encryption is used in the tech products and tools we buy every day, and it will continue to be a bedrock of security for everything from computer games to our VOIP (voice over internet protocol) phone calls and video chats. If it can be sent or stored, it will likely be encrypted or have access to encrypted data.

As technology changes, so will the types of encryption that are developed and used. Hackers are becoming more sophisticated in their efforts, keeping the professionals that create these secure tools busy with ways to stay ahead of bad actors.

You can be confident that most reputable software and hardware tools will be safe to use as long as you follow the manufacturer’s guidelines and keep your equipment updated and maintained. While incidents are bound to happen, we can still rely on today’s most popular encryption types.

10 Ways to Identify a Broken Laptop

What are Macro Keys and How to Use Them for Gaming

How to Fix These Common Laptop Issues