What is FPS and How Can You Optimise Your PC for Gaming?

The most important thing when playing a game completing the mission or saving progress at the next checkpoint. Only when the game starts lagging and slowing down does our focus shift to the settings to troubleshoot the issue.

Low FPS in games can ruin the experience for people who want to blow off some steam. But it doesn't have to be that way–we’re learning more and more about FPS and how to improve it. Implementing certain software and hardware measures can improve frame rates while you game.


In this article, we’re going to take a closer look at FPS and how to optimise your PC for gaming and increase frames per second.

Often referred to as "update rate,” FPS is the acronym for frames per second – the number of frames displayed on the screen every second. For instance, when we get 30 FPS in the game, images appear 30 times every second.

When the FPS is high, the movements in the game will be smooth, and when it’s lower, the actions appear jagged and tearing.

What is the optimum FPS?

The current benchmark for FPS in gaming stands at 60. However, it’s not always so high. The optimal FPS depends on the user’s monitor, which has a refresh rate to determine its capacity. The refresh rate is measured in hertz (Hz), and this is the limiting factor for frames per second.

When the monitor is rated 60 Hz, only 60 FPS will be displayed on the screen even if more are available or shown in the frames counter software. The target for increasing FPS should be according to the monitor’s refresh rate.

What is considered low FPS and what are the reasons behind it?

Low FPS is when the game starts lagging, stuttering or pixel tearing because the computer does not have enough power to meet the demands of the game. Many RPG titles require 30 to 60 FPS, and performance issues happen when the frames go below that.

The reasons can vary from an old graphics card, insufficient RAM, an underwhelming processor or even a significantly slow hard disk. Sometimes in-game settings are set to maximum by default, which can be difficult for a moderately powered computer.

How to optimise PC for gaming and increase FPS

Increase FPS and enhance the gaming experience through the below measures.

The graphics card is central to the gaming performance. Games depend on it for the details, textures and shadows, adding depth and reality to the gameplay. The motion blur, shards of grass and water droplets in the air–the graphics card takes credit for all of these.

For cards to deliver maximum potential, they require the latest drivers, which unlock the top-tier performance. Here’s how it’s done:

Modern games have the most realistic graphics. NVIDIA’s RTX throws a perfect light on the objects and environment, making them look more like real life. Adding those extra shadows to the character with smooth edges is also resource-intensive work.

By adjusting video game settings, the FPS can increase since all games need everything maxed out. Some games have sliders, while others have numerical values in settings. Let’s look closely at the most common video settings in any game.

Microsoft brought the Game Mode to Windows 10 to improve the gaming experience, which was earlier marred by performance inconsistencies. Game mode prioritises the game being played and routes all the available computer resources. Other applications take a back seat and run in low-profile mode when the game is being played. Here’s how to enable Game Mode:

Better graphics require higher resolution, which displays more pixels on the screen. It also demands more power from the graphics card and processor and may affect the FPS rate. Unless using a high-end gaming PC, users have to make compromises to improve the frames.

Lowering the resolution in the game also gives better frame rates. The display clarity will take a hit, but that’s a tradeoff we have to make to gain an edge over the opponent, which is preferable in multiplayer games. By lowering the resolution, you can play many offline games with decent frames.

Laptop gamers are familiar with the backup drain and lowered brightness when the battery is low. Windows automatically reduces the performance in such scenarios, directly affecting the gaming experience. The frames drop, response time increases, and fun takes a dip.

This mode remains the same in the best battery life mode even after plugging it in power. We have to set it back manually to get the maximum performance.

To set it back, head to the taskbar and click on the battery icon. Slide power mode to Best performance. This will impact the battery life when not connected to a power source but ensure the best gaming experience possible.

Graphics cards age faster than processors and other components as more games become GPU-dependent. They cause bottleneck – the prime culprit behind stutters and underwhelming gaming experience. One way to push the graphics card beyond its standard limits is through overclocking.

The process was complicated and risk-laden until a couple of years ago – but that's not the case anymore, with GPU manufacturers actively offering dedicated software. These manufacturers also provide different OC (Overclock) GPU variants for experienced individuals.

NVIDIA and AMD offer overclocking tools that make it easy as clicking a button. Make sure not to go overboard with overclock and stick to 15% or below in frequency boost.

Having sufficient RAM (Random Access Memory) helps get the optimal gaming performance from the computer. If the RAM is lower, such as 4GB or less, it can bottleneck the processor’s performance graphics and other components.

By upgrading the RAM to 8GB, the FPS will improve for most games. Few games require as much as 16GB so consider that while upgrading.

Make sure to match up the frequencies and the RAM generation when upgrading. A dual-channel can also help increase memory performance.

After a while, graphics cards stop being able to keep up with the latest games. It starts showing its age when most games play with low FPS. When this happens, it might be time to upgrade.

Look for a graphics card that pairs well with the PC’s current processor or upgrade the CPU in the near future.

Running games on hard disks in this day and age will only slow them down. It won't directly affect the FPS, but it will impact on the overall performance. If the current hard disk is painstakingly slow with a transfer rate of 50-60MB/second, it can cause the game to lag.

There can be many reasons behind low frames per second while gaming. The best way to solve the issue is to rule out one possibility at a time and avoid spending unnecessary time or money. Start with software-based solutions before considering hardware upgrades or additions.

How Do I Turn Off Touch Screen?

How to Check Your Computer's CPU Temperature

All About HP Wolf Security for PC and Printer Protection 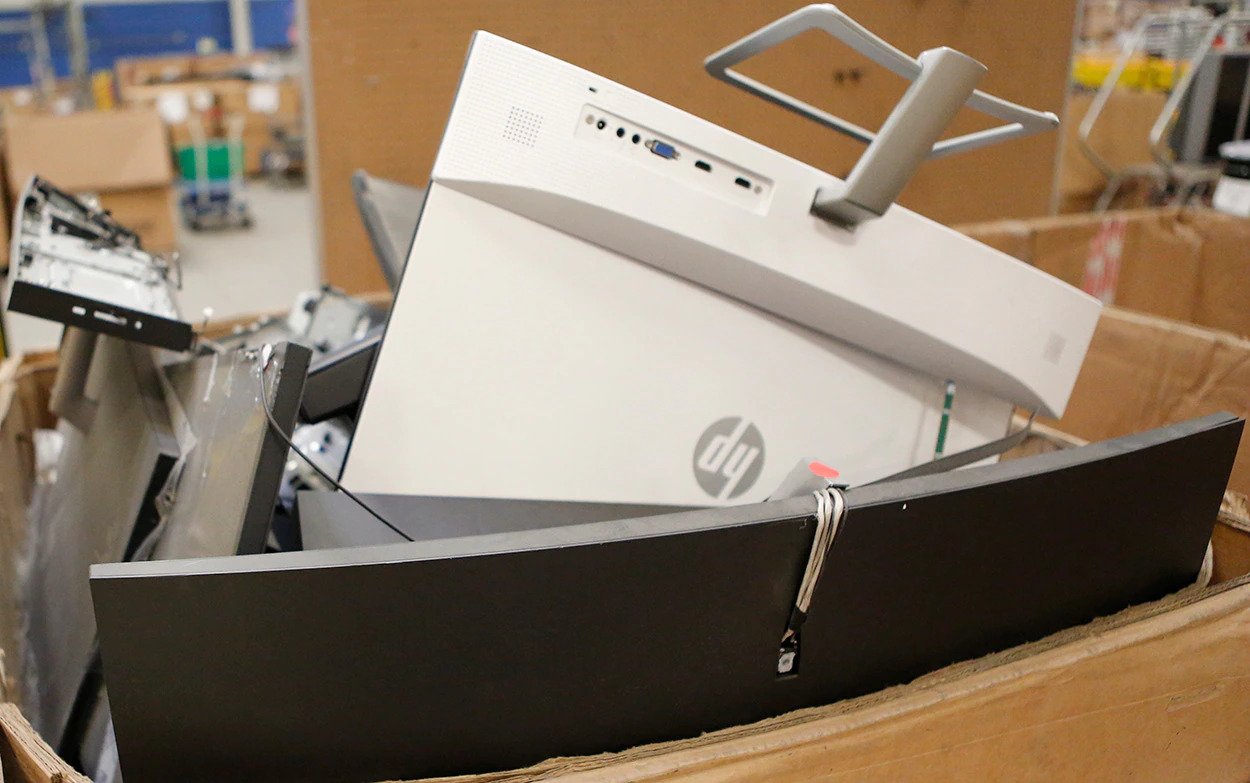 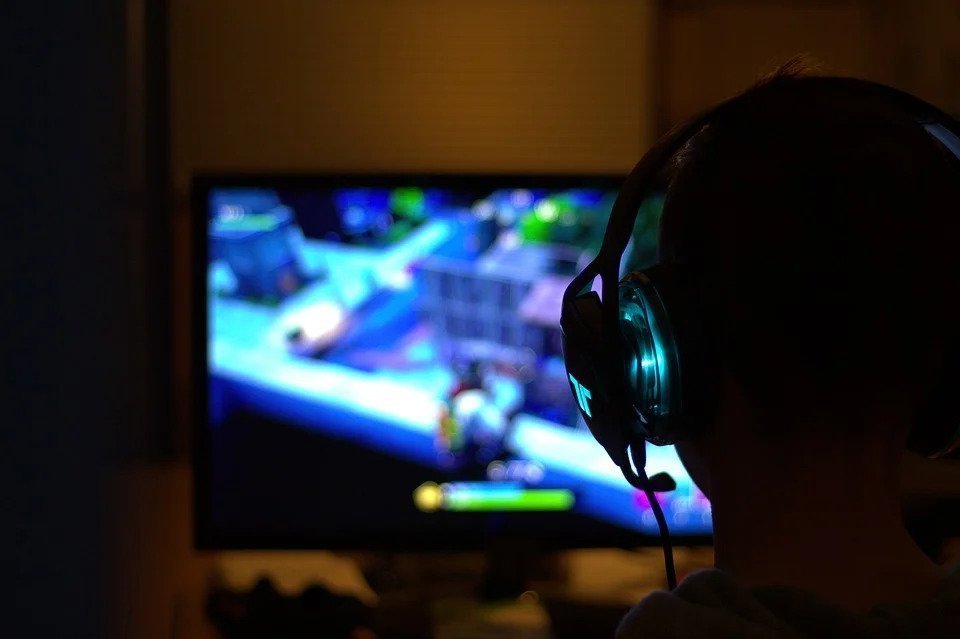