Thank you for visiting the HONG KONG HP Store

SAS vs SATA: What's the Difference?

SAS and SATA are two technologies that computers use to transfer data from the motherboard to storage, and vice versa. Both technologies do roughly the same thing, but each is built with different hardware.

So, what exactly is SAS and SATA? Are they hard drives? Are they cables? Can you buy them at the electronics store? Why would you need to buy them, anyway?

Speculate no longer. Let’s discuss the differences between SAS and SATA, and how you can apply them.

Needless to say, a modern computer is a very complicated piece of machinery. You could study computer architecture for years and still have a lot to learn. So let’s describe a computer in the most simplistic terms possible.

And the city has millions of people that inhabit it. Let me describe all the important neighborhoods in the grand city of St. Hewlett-Packard. 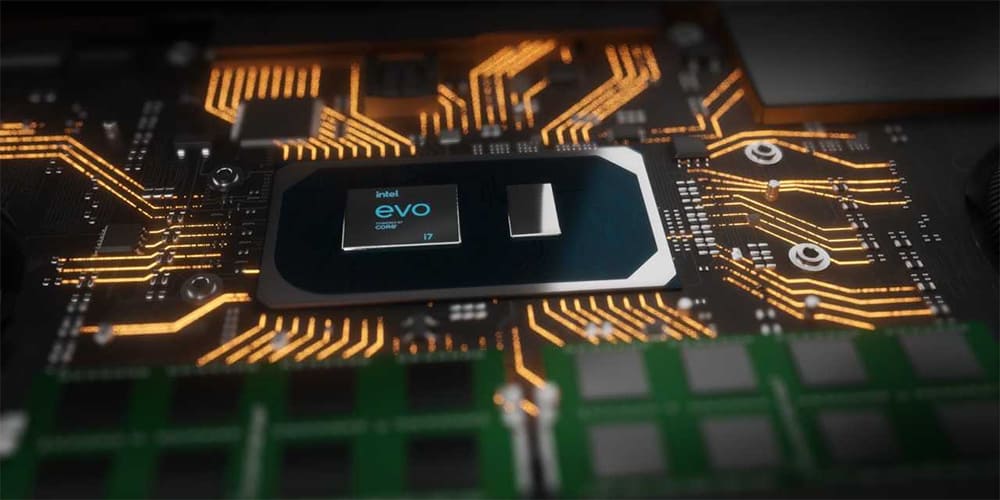 In actuality, the motherboard is a thin circuit board in your computer where all the most vital hardware, like the CPU and GPU, are linked up to one another[1].

But to understand it more easily, consider the motherboard as the metropolitan area of St. Packard. This is the busiest and most populated part of the city, and it’s home to the most influential neighborhoods.

First you’ve got the neighborhood of CPU. That’s where City Hall is. The CPU governs the entire city of St. Packard and issues all sorts of instructions that the city must abide by.

Another important neighborhood is GPU. GPU is the creative center of St. Packard, basically the city’s Hollywood. The GPU creates all the visuals that are displayed on your computer monitor.

A large suburb is located on the outskirts of the motherboard. It’s called “storage.” Like real-life suburbs, storage is where lots of people settle down and live the quiet life.

Connectors are the roads in St. Packard. They link all the neighborhoods together. In the real world, roads are usually made from concrete or asphalt. In a computer, the roads are made of metal, like copper wire. Cars travel smoothly on asphalt. Likewise, electricity travels smoothly on metal surfaces.

Let’s talk about the people who live in the city. Each individual person is called a “byte.” A byte is data. Everything on your computer - again, documents, photos, videos, software, web browsers, visuals - are composed of bytes.

A byte is really nothing more than an electric pulse:

Whenever data is relayed around the computer, your computer sends a flickering electrical pulse along the copper wires (connectors) that connect different hardware units. The pulse reflects whatever the file’s binary code is.

A computer bus is a superhighway that connects different parts of the city. The best highways have a large number of lanes. More lanes equal a better flow of traffic. The same is true with computer buses.

One of these highways in your computer connects the motherboard with storage. That’s where SAS and SATA come in.

SAS and SATA are both highways in our analogy. But each is built a little differently, and so the speed of traffic is different on each one[3].

The nice thing about parallel communication was that each highway had a large number of lanes and could handle more traffic at once. But it had problems:

There was another big problem. Electric currents create small magnetic fields. When two cables run parallel to each other, their magnetic fields disrupt each other’s data transmissions. This causes the data to be communicated more slowly, or not at all sometimes.

Let’s talk about that suburban neighborhood on the outskirts of town: storage. Storage is a very important neighborhood. All the bytes that make up your computer files live in storage. But they leave storage frequently.

Let’s say, for example, that you’ve been typing a document on Microsoft Word. You saved the document to your “Documents” folder. You navigate to the Documents folder and you double-click on the document to open it up.

As you can see, SAS and SATA can be a vital part of the process that your computer uses to store and retrieve information.

SATA is implemented in 2 areas: 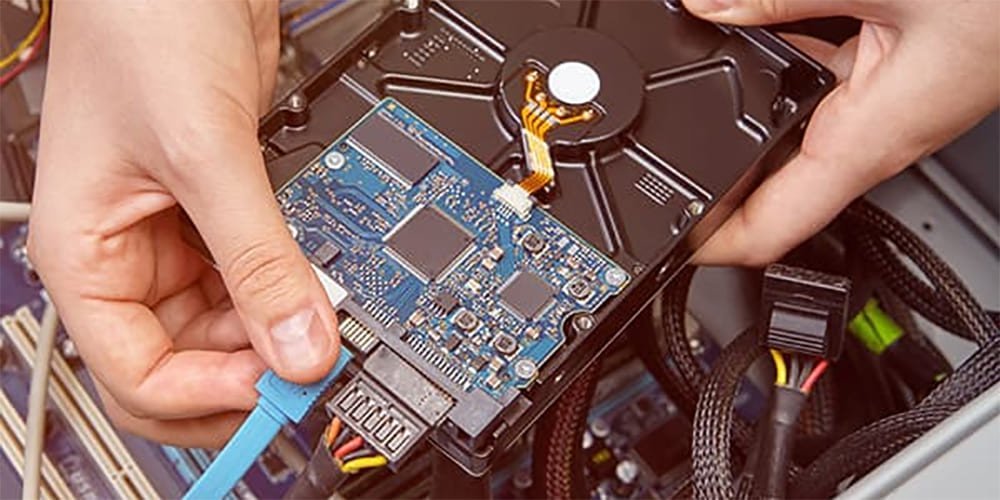 The SATA interface is built with:

It also has a power cable that powers the internal storage drive[5].

SAS has a similar build to that of SATA: 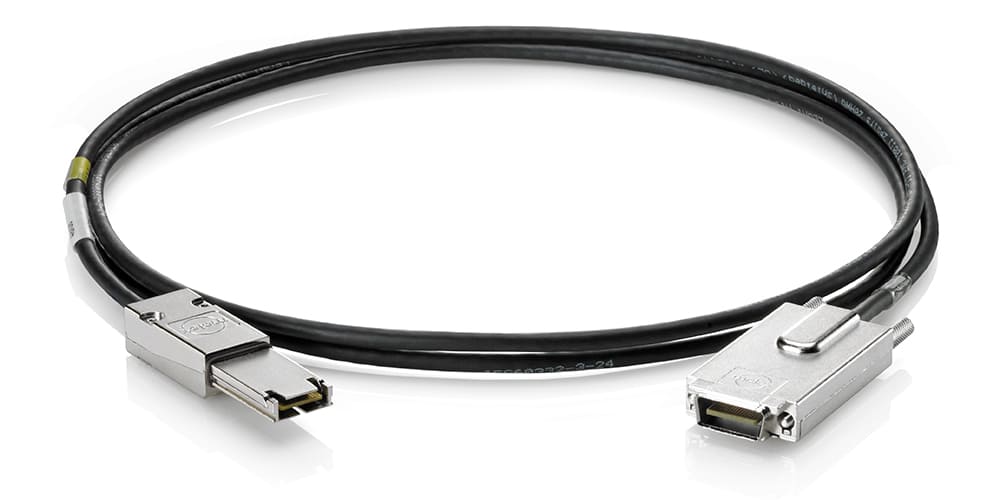 Difference between SATA and SAS

But here’s where SAS differs. In a SATA cable, all 4 wires are placed within the same cable. In a SAS cable, the 4 wires are separated into 2 different cables. This isn’t parallel technology; each cable still houses both an incoming and outgoing wire.

Why divide the wires between 2 cables? So you can connect more devices to one another. With a SATA cable, you can only link the motherboard and the storage drive. You could hook up an expansion device, but that takes up valuable room inside your computer.

With a SAS cable, you can hook up the motherboard to both a storage drive and another piece of hardware that has SAS connectors.

You can travel to more destinations on the SAS highway.

Why SATA is better for storage

If storing files is one of your priorities, you should get a computer or an external hard drive that utilizes SATA data transfer connections. Here’s why SATA works best for PC storage.

For that reason, SATA is a great technology to have in your computer if you’re storing information that you don’t need to use on a regular basis. So if you’re storing lots of data on your PC or on an external drive, consider getting a PC or drive that’s built with SATA components.

SATA has a very large storage capacity, and that’s another reason why it makes for a great component in your PC or external drive.

Why SAS is better for servers and workstations

SAS is great for 2 purposes:

If you’re setting up a server for use by your office complex or small business, get servers and hard drives that use SAS technology. SAS is also a good component to have in your computer if you use your computer for processing-intensive work, like video editing, visual effects creation, or animation.

Here’s why SAS works well for servers and creative workstations.

SAS is an all-around faster technology than SATA because it transfers data out of storage just as quickly as it transfers data into storage. Servers and workstations rely heavily on data transfer, so it’s good to have hardware that can send and receive information at a fast pace.

SAS is built with integrated technologies that make it especially useful for servers and workstations. Hard drives that are built with SAS connectors are cased in “SCSI enclosures.”

A SCSI enclosure is a piece of hardware that helps your hard drive manage the traffic that’s coming and going through the SAS highway. If there’s an error in the hardware, the SCSI enclosure programming can find it and report it.

The SCSI programming uses RAID to protect you from data loss. When you’re working with data that hasn’t been saved to storage, SCSI ensures that all data exists on multiple drives, so that if one drive fails, the data will still exist on another.

This process is called RAID (Redundant Array of Independent Disks). You can perform RAID on SATA technology, too, but it’s more efficient on SAS technology because SAS links more circuitry. Servers and workstations conduct so many transfers of temporary data that having RAID-capable technology is a necessity[8].

One final capability of SAS is that it allows for multipath input/output (I/O). Since SAS technology usually connects more than one piece of circuitry, it can reroute data through a secondary highway if the primary highway fails. This is an important feature to have in very large interconnected systems, like servers[9].

SSD performance for SAS and SATA

There are 2 main types of hard drives: 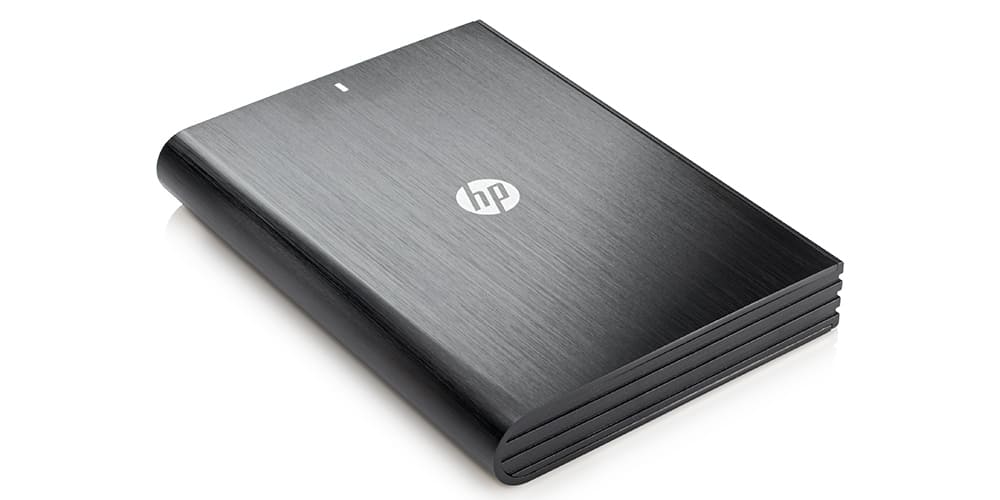 A hard disk drive looks a little bit like a record player. There’s an actuator arm that uses electromagnetism to write data onto a rotating platter. A solid-state drive has no moving parts, and uses small chips to store data instead.

Which one is better? HDDs usually have more storage space, but SSDs are faster. An HDD must wait for the platter to rotate to the correct location before it reads or writes data. An SSD doesn’t have any moving parts that it needs to align, so its read/write speeds are uniformly faster[10].

Both SSD SAS drives and SSD SATA drives are faster than their HDD counterparts. They have the same characteristics though: SATA is still faster writing data, while SAS is faster at reading and writing data continuously.

To sum it all up

SAS and SATA are two technologies that are used to transfer information from the motherboard to a storage drive. Each hardware is built differently.

SAS is optimal for use in servers and workstations because it has a more versatile array of connectors and is faster at reading and writing data in a continuous computer session. SATA is better for storage purposes because it can write data very quickly, and the hardware is budget-friendly for small businesses. 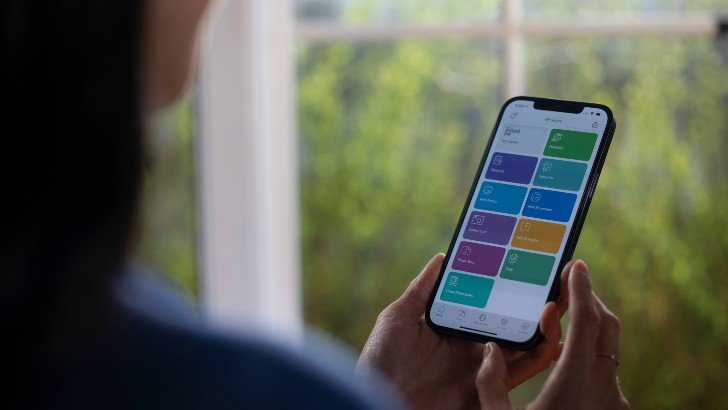 How to Free Up Disk Space: 7 Useful Hacks