What is a CMOS Battery? How to Remove and Replace One in a Laptop

You don’t have to abandon ship when your laptop starts to malfunction. HP laptops enable you to make upgrades when a piece of hardware needs replacing. You don’t always need to shovel out cash for a brand new laptop. Just buy a replacement part and install it...with caution.

If you’ve owned your laptop for several years, it’s possible your computer is malfunctioning because the CMOS battery died. The CMOS battery is a piece of hardware that’s unique to laptops. When it dies, it could cause your laptop to encounter problems booting up.

Wait, my laptop has more than one battery? In short, yes. While the main laptop battery powers all of the components from the CPU to the hard drive and tends to be one of the largest and heaviest parts of your laptop, a CMOS battery powers just the BIOS, and is usually coin-sized and lives on the motherboard. 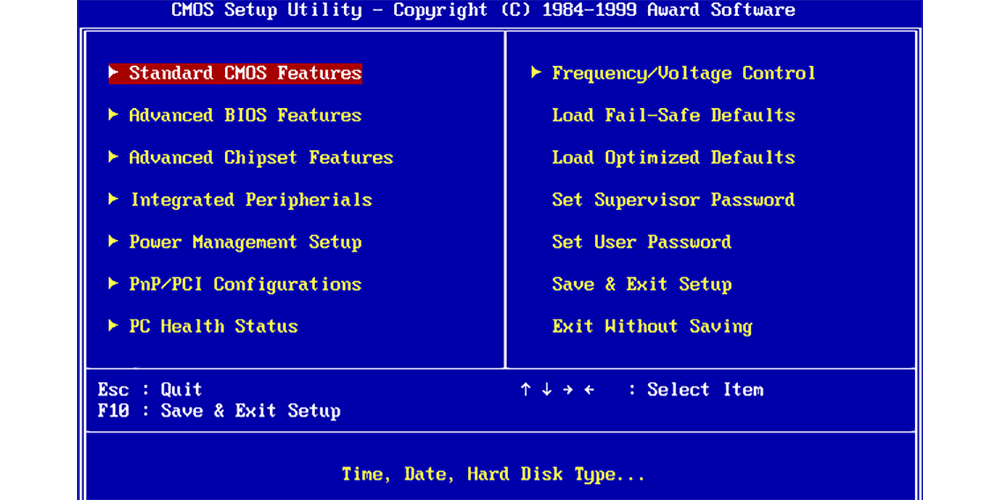 To understand the importance of a CMOS battery, you first need to understand what your computer BIOS is.

Every computer has BIOS pre-programmed into its hardware. It’s different than an operating system. Operating systems can be installed, uninstalled, and updated long after you’ve bought the computer. BIOS is something that’s integrated into the computer while it’s being manufactured.

BIOS stands for “Basic Input/Output System.” What exactly does it do? Basically, it manages the essential functions of your computer.

All computers function through a process of inputs and outputs. Let’s say, for example, that you’re opening up a software program:

Everything your computer does can be boiled down to an input or output. The BIOS is tasked with managing your computer’s exchange of inputs and outputs, mostly when you’re booting up your computer. BIOS instructs your computer on how to boot up the operating system, and it also operates the peripherals (like the mouse and keyboard) [1].

If you’re a PC gamer, you might be interested in learning how to overclock your computer to boost your processing speed while you’re gaming. You can program your computer for overclocking by adjusting the BIOS settings. We’ll teach you how to use BIOS to overclock at the end of this article.

BIOS needs to remain operational even when your computer isn’t plugged into a power source. That’s where the battery comes in. When your computer gets unplugged, BIOS relies on the CMOS battery for power.

You’ll find CMOS batteries in both laptops and desktop PCs, but it’s used more frequently in a laptop. That’s because laptops are usually unplugged for a longer amount of time than desktop PCs. Most desktop PCs are unplugged from their power source very infrequently.

The CMOS battery gets charged whenever your laptop is plugged in. It’s only when your laptop is unplugged that the battery loses charge. Most batteries will last 2 to 10 years from the date they’re manufactured. The more you leave your laptop plugged in, the longer your battery will last.

How do I know my CMOS battery failed?

When your CMOS battery fails, your BIOS firmware will shut down and revert to its default settings [3].

Boot up problems and incessant beeping 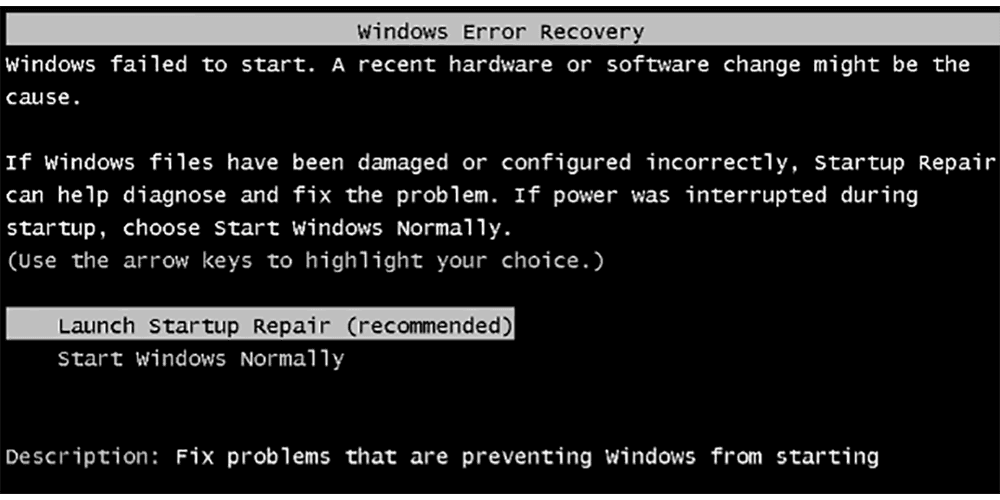 As we mentioned previously, BIOS is largely responsible for booting up your computer. Without the battery, your laptop may have a very difficult time booting up or it may not boot up at all. You also might hear a constant beeping noise from the motherboard, another indication of a battery failure.

Time and date from long, long ago

It’s possible that your peripherals don’t respond - you can’t move your cursor or click on any icons or the laptop won’t read any of your keyboard inputs.

Or, your peripherals could be thrown out of whack; your cursor is inaccurate and your key inputs prompt strange responses from the operating system.

Or, your customized keyboard configuration has reset to the default one. These are all signs of CMOS failure, since BIOS is responsible for managing peripherals at startup.

If you’ve installed any drivers on your computer, like those used for your home printer, a CMOS failure may cause those drivers to disappear (you’ll have to re-download and re-install them).

Battery failure may also prevent you from connecting to the internet. BIOS is tasked with maintaining hardware and network drivers.

One thing you should be relieved about is that CMOS failure typically won’t cause you to lose any of your personal files. Nothing in storage is affected. You’ll still have all of your pictures, videos, and documents waiting for you as soon as you’ve replaced the battery.

How to remove and replace the CMOS battery

Let’s remove that pesky ol’ CMOS battery and replace it with a new one. It’s a relatively simple process. You’ll only need a few supplies:

You can purchase a new CMOS battery online for a very reasonable price, usually between $1 and $10. They are also available, along with ESD pads, at many local retailers like Target, Fry’s Electronics, Best Buy, and office supply stores.

Your laptop components can be damaged by electrostatic discharge (ESD). To avoid building up a charge, don’t work on a carpeted surface. Work on a flat, hard surface. In fact, it’s best to work on a conductive foam pad, if possible. These pads will prevent ESD.

It’s possible that there’s static electricity in your hands. Before you start working, rub your hands on a metal surface to get rid of the charge. Better yet, if you have an anti-static wrist band you probably want to put that on for this DIY project.

Shut down your computer and unplug it from its power source. Unplug any and all cables from the laptop, including peripherals.

Flip the laptop over. Use the screwdriver to remove the screws holding the laptop casing in place. Remove the casing once you’ve unscrewed it.

Note that on some laptops, there’s only one large casing that needs to be removed. On other laptops, there are several smaller casings that give you access to different computer components. If you’re not sure which casing gives you access you what, you might need to unscrew all the casings and do some exploring.

Pro tip: Have a couple of small bowls to hold the screws you remove. Remember, you’ll need to find them all when it’s time to put them back in so you don’t want them rolling off the table and getting lost.

You don’t want the computer to accidentally turn on while you’re working on it. Usually, the battery is long, heavy, and shaped something like a brick. 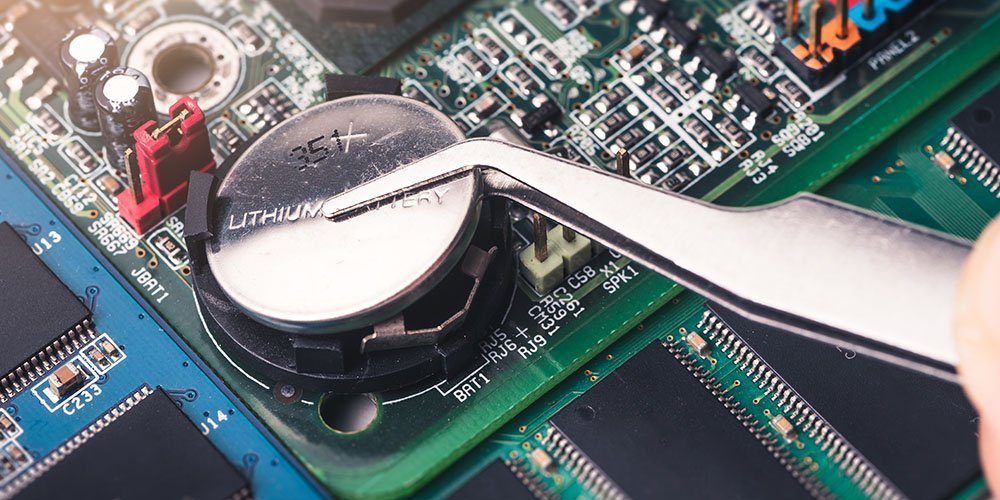 The CMOS battery is shiny and round. It looks like a button or coin, and it’s usually placed within a small holding socket. Remove the CMOS battery - it slides out of the socket just like the batteries in your mouse.

Pro tip: Before you remove it, make sure to take note of the battery’s orientation so you know which way to put in the new one.

Rescrew each of the casings within the computer. Reinstall the battery. Replace the exterior casing.

Plug your laptop back into its power source and turn it on. BIOS should have defaulted back to its original settings, so don’t be alarmed if the date and time are still incorrect, or if there are drivers missing. You will need to reset the time and reinstall the drivers.

Pro tip: Your laptop shouldn’t have any problem booting up now. If it does, it might be your BIOS firmware that’s faulty and not your CMOS.

How to replace the CMOS battery in a desktop computer

Use BIOS to overclock your computer

All computers have a programmed “clock speed.” Clock speed refers to how fast a computer processor can read incoming electric pulses of information. The most powerful processors have fast clock speeds.

If you’re a PC gamer or a creative professional, you want an ultra-fast processor. PC games and creative applications, like the Adobe Creative Suite, require your CPU to process and render large quantities of information in a short amount of time. If your processor isn’t fast enough to handle all this data, you might suffer from lag and delays. Obviously, lag is a real killer when you’re gaming.

Be warned: overclocking may void your PC’s warranty. It may also cause your computer to overheat, which is why you must pay attention to how hot your computer gets when you’re running intensive programs.

It the heat being ventilated from the computer is very noticeable, you should take a break and turn the computer off for a while so it can cool down. Overheating can damage your interior components.

To activate overclocking on Windows 10:

Again, these settings may look entirely different depending on the computer you’re using. No matter what computer you have, just know that you need to access the settings that allow you to increase your CPU frequency/clock speed. You may need to do some experimenting. Be sure not to push your processor until you know that you adjusted the settings correctly.

Some CPU manufacturers make it easier for you to overclock, and they may include “auto-overclocking” options you can select.

Read this guide on overclocking for more information.

Replacing a CMOS battery is a very simple fix. Don’t panic if you’re having rebooting troubles. Before you take your computer in for maintenance, get a screwdriver and a new battery and try swapping out the old one. It’s a fast, easy DIY project and could save you lots of money in labor costs.

Replacing a CMOS battery is a very simple fix. Don’t panic if you’re having rebooting troubles. Before you take your computer in for maintenance, get a screwdriver and a new battery and try swapping out the old one. It’s a fast, easy DIY project and could save you lots of money in labor costs.

Best HP Computer to Use as Small Business Tower Server

Integrated vs Dedicated Graphics Cards; How to Choose the Best GPU

How to Protect Yourself from Cyber Fraud?