VSync - Should I turn it on or off?

If you’re a gamer, you understand just how important having a capable rig is. Whether you’re looking to dominate the leaderboards and earn a spot on an eSports league team, or you only video game to escape into a more colorful, freedom-filled world, you depend on your PC to be the powerful vehicle that transports you with a single power-on. Diving into a rich game scape that is as mechanically responsive as it is visually immersive means fine-tuning your specs for functional perfection.

Modern video-gaming has become wildly impressive, blurring the line between realities with increased attention to detail and optimized 3D rendering. To properly accommodate the visual properties that make bestsellers like Red Dead Redemption and Assassin’s Creed stand out, having VSync is a must.

VSync is one of the latest and greatest visual-enhancement technologies that work to bring your favorite video game scapes to vibrant life. But what exactly is VSync? What difference does this technology make, and should you turn it off or on? Use this comprehensive guide to answer all of your burning VSync questions. Short for vertical sync, VSync is the graphics technology responsible for synchronizing the frame rate of a game to the refresh rate of a monitor. This synchronization delivers smooth, uninterrupted gameplay for graphics-heavy 3D games.

First engineered by GPU developers looking to mitigate the issue of screen-tearing, VSync’s earliest aim was to eliminate the problem altogether. Screen-tearing is a frame-rendering glitch that occurs when two different “screens” of an image clash and shatter. Typically, this will look like two frames shown together in a single frame, causing a jarring torn effect.

Screen-tearing ruins gameplay in an instant and compromises any strategy you may have had by no fault of your own. When refresh rates are out of sync, the images you see are marred fragments of a full picture. This happens most frequently with games that utilize refresh rates of 60 frames per second (fps) or more. When VSync is turned on, a strict fps cap is set to ensure there is no rate synchronization breakage.

What is Adaptive Sync?

NVIDIA’s Adaptive Sync is a smart alternative to VSync that allows you to render frames using the NVIDIA Control Panel software. Adaptive Sync is only available to those with GPUs running a GT 600-series NVIDIA graphics card or newer.

What is Fast Sync?

Fast Sync is one of NVIDIA’s newer technologies that only works with a GTX 900 series graphics card, or a 10-series GPU or newer. Fast Sync does an excellent job of eliminating all screen-tearing and input lag while keeping latency to an absolute minimum. This heightened technology tends to perform more impressively and consistently than VSync.

One of the primary reasons why gamers prefer to keep VSync disabled is because latency levels have the potential of skyrocketing above 100 ms. With Fast Sync enabled, latency is significantly reduced, even comparable to gameplay when VSync is completely turned off.

What is Enhanced Sync? Enhanced Sync is quite literally an enhanced VSync solution engineered by AMD. Rather than replacing VSync technology, Enhanced Sync works in unison with it. They work together to reduce the stutter and input lag experienced when fps drops below the monitor refresh rate.

Enhanced Sync doesn’t completely fix the issues associated with VSync, but it does make great improvements to performance capability and consistency. In the event that performance drops, Enhanced Sync is turned off, effectively stopping your frame rate from serious fps dipping.

Note: It is important to note that Enhanced Sync is only usable with AMD Radeon graphics cards.

What is Smooth VSync?

Smooth VSync was engineered to reduce stutter when VSync is enabled and Scalable Link Interface (SLI) is active. SLI is a parallel processing algorithm for GPUs designed to increase processing power. When active, SLI makes it possible for up to four NVIDIA GPUs to join forces to render your game of choice at extremely high frame-rates.

Does turning VSync on make a significant graphic difference?

To fully grasp VSync’s purpose and functionality, you must first understand what’s happening when your computer screen refreshes. Monitors typically have refresh rates ranging between 60 Hz and 144 Hz. A single hertz is indicative of one cycle per second, so 60 Hz means 60 cycles per second. During each cycle, the image you see on the screen is drawn from left to right and top to bottom. This, of course, happens faster than your eyes can actually visualize, however inside your PC, each drawing function swaps from the back buffer to the front buffer.

So let’s say you’re trying to run Assassin’s Creed Odyssey on a monitor that has a lower refresh rate than the game’s required 60 fps. Because the monitor cannot appropriately accommodate the game’s high refresh rate, you’ll run into screen-tearing. With VSync enabled, refresh rates are limited and synchronized to minimize screen tearing and deliver more fluid gameplay. This is where VSync makes the most significant difference.

VSync does not affect or improve your PC’s resolution, nor the colors or brightness levels. It is simply a preventative technology engineered to mend the problems caused by divergent refresh rate specifications.

Should I have VSync on or off?

We’ve come to the million-dollar question: should you turn VSync on or off? The answer to this question comes down to preference and specific case by case situations.

When to turn VSync on

When to turn VSync off

Should your game arrive at a graphically intense climax and the frame rate drops below your monitor’s refresh rate VSync will automatically attempt to match that sudden change, leaving you with unsightly visual and performance lag. In this case, having it turned off is to your gaming benefit.

How to turn VSync on or off?

Enabling or disabling VSync is a simple process. Follow these easy instructions steps to master your control buttons.

Step 3: Under the Global Setting tab you should find a list of features. Scroll down and find Vertical Sync

Step 4: Using the dropdown menu to the right, select Force on

Settings will differ depending on your specific graphics processor, however this four-step procedure is a universal method of accessing your VSync settings. 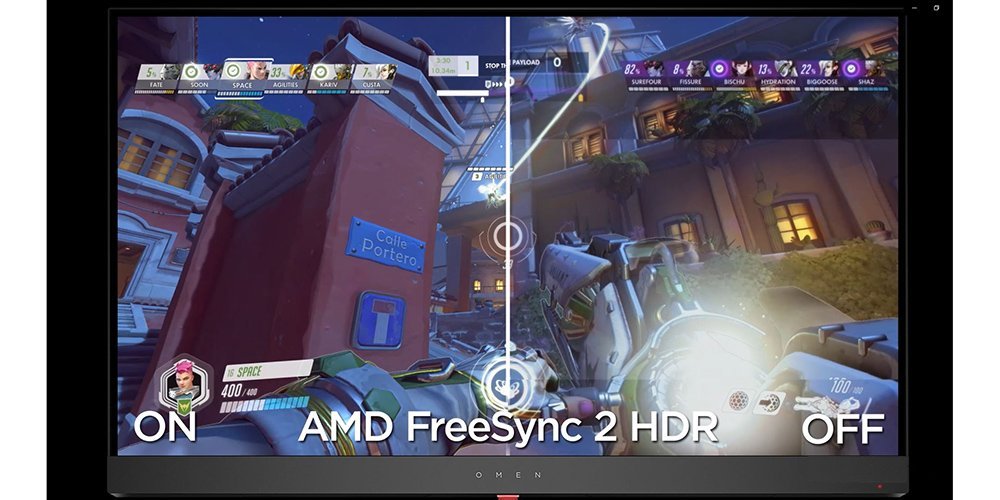 VSync vs. G-Sync: What’s the difference?

G-Sync, developed by NVIDIA, operates on a principle similar to AMD’s FreeSync technology. G-Sync aims to adapt the monitor’s refresh rate to the frame rate your PC can handle. However, unlike FreeSync, G-Sync relies on built-in NVIDIA hardware for full functionality.

What are the pros and cons of VSync?

Like any specs in the gaming world, there are a number of pros and cons to any technology. Though VSync tends to err on the side of being more helpful than harmful, there are downsides and downfalls as well.

VSync is an excellent option for gamers who are dealing with mismatched frame rates and refresh rates. VSync forces your graphics processor unit and monitor to work in unison with fine-tuned cohesion. This synchronism effectively eliminates screen-tearing and promotes smoother, more fluid gameplay.

In addition to being a great assistive tool for newer games, VSync is excellent for gamers who prefer running older games on their PC via emulators. Where new games demand high-quality graphics output and top-speed performance, older games require the opposite. VSync slows down your frame rate to match the aged specs of your vintage of preference.

High frame rates force your GPU into overdrive, and because GPUs operate as quickly as they can to feedback display images, heat generation quickly comes into play.

Enabling VSync caps the fps at the monitor’s maximum refresh rate and reduces the excessive strain on your GPU.

VSync works by waiting for the monitor to push the next screen, which is great on the visual end, but laggy on the operational front. One of the most common problems gamers have with VSync is its lack of input responsiveness. Key presses and mouse clicks are delayed, which can be game changers in titles that require speedy reflexes and reaction timing. This is where AMD’s FreeSync and NVIDIA’s G-Sync take up the slack.

In the event that your game comes to a graphically intense moment and the frame rate drops below your monitor’s refresh rate VSync will attempt to match that sudden change. Instead of being a seamless transition, VSync delivers an even bigger drop in frame rate, leaving you with increased visual and performance lag.

What other specs should I look for in a gaming PC? When it comes to setting up your ideal rig, there’s plenty more to consider than VSync compatibility. While it is an incredibly important piece to the puzzle, your rig is an assemblage of working parts. If you’re looking to enter an immersive world of lifelike graphics and peak performance, you’ll need some impressive hardware. Be on the lookout for these specs and components as you piece together and perfect your PC.

Video-gaming requires plenty of processing power, so it’s smart to gear up with a high-end CPU that can process data at blazing speeds. Do your research before settling on a processor, and make sure it can handle the demands of your favorite games.

The vast majority of gaming computers come equipped with a standalone, dedicated graphics card. Dedicated GPUs boast stronger performance power due to having their own dedicated memory.

From the moment you power-on your PC, it generates heat. Electricity flows throughout the internal workings of your machine, warming things up in an instant. Cooling systems work to reduce the temperature of your PCs hardware, effectively allowing your PC to function without ever missing a beat.

RAM is responsible for temporarily storing data while your computer performs other tasks. In essence, RAM allows you to multi-task without any perceivable lag. Gamers should have at least 8GB of RAM to run any game at a seamless speed.