You don’t have to be a serious gamer to have heard the buzz about World of Warcraft. Also known as “WoW,” this game is incredibly popular. It continually releases new features to players, most commonly in the form of expansion packs. What are these Wow expansions? Which ones are best? Learn what makes each one unique and what you can expect to pay to play all that this particular gaming realm has to offer.

What is World of Warcraft?

Described as a massively multiplayer online role-playing game (MMORPG), WoW has had a cult following since its debut in 2004. The game is developed by Blizzard and is currently available for Microsoft Windows and macOS. Part of its appeal is the vast customization players can experience, which ranges from their character skins to the pets they can have in the game.

As the title has evolved, the gameplay has become more intense, often ditching some of the more “maintenance roles,” such as feeding pets, in exchange for discovering more of the world. At the request of fans, Blizzard launched WoW Vanilla this year, with a separate server for those who want to have the most authentic old-school WoW experience.

In addition to the Classic or Vanilla mode, players have always had the option to purchase one of many expansion packs, each with its theme and unique gameplay opportunities.

As of the time of this writing (September 2019), 7 expansion packs have been released since the original WoW release date in 2004. While there have been breaks in production, the expansions have arrived fairly regularly since the first was issued in 2007.

Here is a list of all Wow expansions in order, from oldest to newest:

Aside from the first two packs, which were released within a year of each other, new WoW expansion packs have steadily arrived at a pace of every two years.

How much does WoW cost with all expansions?

While many people buy expansion packs one at a time, especially as each is released, it’s also common to buy them in one purchase. That’s particularly true for new players who are giving the expansion packs a try much later than their release date. Thankfully Blizzard saw this coming, and as the years have gone on, they’ve changed their pricing model.

Originally, you had to buy the game, then pay a $14.99 monthly subscription to play online with other players and access the server. You also needed to buy each expansion as they were released. Now you can skip buying the game and just purchase the subscription model. You’ll get access to the expansion packs and servers without having to pay per expansion. If you’re brand new to the game, you can drop in with this subscription fee and play all the expansions offered.

The only exception to this is the 2018 WoW expansion, Battle for Azeroth, which you must purchase separately. If you already have a subscription, you can add this on to access these levels. This expansion comes in 2 versions, the standard and deluxe editions. With the deluxe, you get more goodies, which include:

These digital extras are also sold as a bundle for around $20, which is the difference between the standard game and the deluxe one. Both options come with 30 days of subscription time as well.

What was the best WoW expansion pack?

Like any series in gaming, opinions differ on which expansion is the best. While each has its flavour and playing perks, there is one that seems to have gotten more praise than the others. Battle for Azeroth is very new, and its reviews are generally high. Since it is the most recent expansion, it is often ranked at number one.

See how the others compare in our ranking from best Wow expansion to worst - relatively speaking, because they’re all considered at least “good” - with the understanding that personal preference will likely give you your take on the list.

1. Wrath of the Lich King

What makes this expansion one of the most talked-about in the gaming community? Just read any WoW-focused blog, and you’ll see that it’s a fan favourite for a few reasons. First, it held the attention of players quite well, despite being one of the first expansions. The 2008 pack featured an epic storyline and reminded players of being in a high-concept movie, especially the opening scene.

In this expansion, players have one duty: defeat the Lich King, Arthas Menethil. Fights, spells, and non-stop action made this favourite many original players revisit often. It also happens to have one of the more “community” feels of all the expansions. Whether that was due to the golden age of gaming at the time or the actual narrative is open for argument.

This 2007 expansion was the first, so it makes sense that it has a place in the heart of original WoW gamers. It includes two new races: the Blood Elves for the Horde and the Draenei for the Alliance. The legend of Hellfire Peninsula brought about Illidan Stormrage and the weapons of “Warglaive,” which players worked hard to acquire for themselves. Fans took immediately to the raids, which included Black Temple, the Gods of Zul'Aman, and the Fury of the Sunwell.

Challenging gameplay makes this a difficult expansion to slog through, but long-time players always recall this as one of the more rewarding expansion packs. It's a must-play for fans of the franchise, especially since many of those long-ago details helped create the worlds in more modern storylines. Plus, people are still talking about the updated soundtrack and high-quality voice acting.

This 2016 expansion pack is said to be one of the best from a technical aspect. Legion also brought a second hero class to the game - Demon Hunter. Like other packs, it has an increased level cap and a new zone, plus artefact weapons that are fun to level up with. It gets better reviews from well-seasoned players than newbies, who may find all of the extra gear and abilities to be overwhelming at the start.

This expansion earns a place firmly in the middle of the pack, solely because the very thing that makes it lovable is exactly why some will hate it. With so much storyline interwoven throughout, often at various points in the game and requiring you to read and watch as you explore, those who want to skip the plot and just play may feel slowed down. For those who appreciate everything in the game’s lore, it's a beautiful addition to the WoW story arc and has numerous mechanical extras to enjoy.

Love pandas? Then, you'll love the Mists of Pandaria, which was released in 2012. A new character class was introduced along with a playable race of Pandaren. Also, this is the expansion that turns pets from a status symbol to a way to compete. Much like other games with pet-battling mechanics, you could put your pet against another, and the winning pet owner would take both pets home. As time went on, this expansion also added new dungeons, raids, and a battleground on top of those included in the original patch.

What is best about this expansion? The world-building. The Asian theme is accented by details that aren’t seen in other expansions, and there are many new creatures to enjoy, too. Overall, it isn’t the most widely-approved pack, but it has its fans. High-level players who enjoy questing and story over anything else will be impressed.

With the introduction of the player-built garrison and a more detailed look to textures and animations, this expansion also required more power from gamers’ PCs. With more memory needed, it wasn't loved by those who were used to simpler graphics and weren’t able to upgrade their PC.

There were also many changes to the classic player-vs-player experience, giving users more ways to play on an island designed specifically for this feature. Aside from that, the Warlords of Draenor has an interesting storyline with an "alternate universe" theme.

Finally, we have Cataclysm. Again, none of the expansions is bad, but this one was a bit too different for many fans, making them feel like it had lost some of the cultures of the WoW franchise. It includes completely redesigned continents, new areas, 3500 new quests, 10 new dungeons, 5 raids, and the skill of Archaeology. There's also a fire-breathing dragon to contend with.

So, what’s the problem? This game was declared to be “critically-acclaimed,” earning the best critic reviews a game could and being declared a masterpiece by industry professionals. Despite this, it’s not usually the first expansion people mention when declaring their favourites. You would think something this epic would be at the top of the list on every user review site.

What new WoW expansions are next?

Expansions are a big part of why the game continues to maintain a passionate fan base. The culture is prominent, and you’ll run into fans at any comic or gaming convention. Many will tell you that a particular expansion gets the credit for why they love the game.

It’s worth noting that while Blizzard made the first six expansions free with the purchase of the game, they expect to charge for future expansions, as we saw with Azeroth. While there is plenty to do on the platform, especially with the addition of the classic “Vanilla” game and servers, long-time players should budget for whatever’s next. 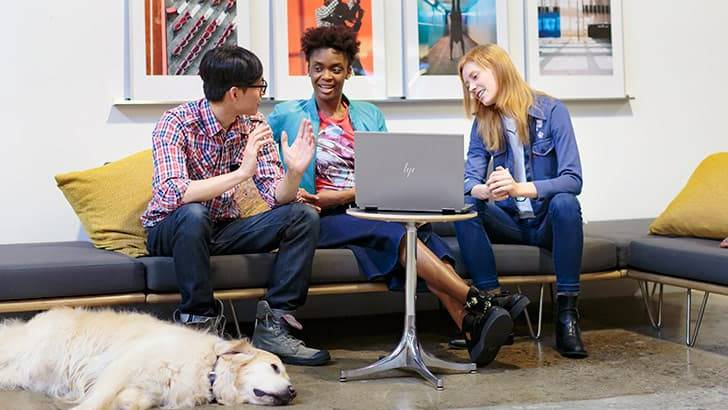